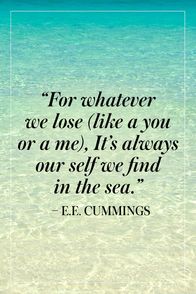 ​What are Negative Ions and where do they come from?

An ion is a particle which has electricity. Ions are molecules that have gained or lost electrical charge. They are created in nature as air molecules break apart due to sunlight, radiation, and moving air and water. You may have experienced the power of negative ions when you last set foot on the beach, or walked through a waterfall. While part of the euphoria is simply being around these majestic settings, the air circulating in the mountains and the ocean is said to contain tens of thousands of negative ions. At Yosemite Falls, you'll experience over 100,000 negative ions per cubic centimeter. On the other hand, if you are on the freeway or in your office, you will experience under 100 negative ions or maybe even none.

Why are they called Negative Ions?

Negative ions have a positive effect on people. Positive ions have a negative effect on people. An atom that has one of its normal orbiting electrons removed is called a positive ion. An atom with an extra electron added is called a negative ion. So you see, its kind of backwards - the terms "negative" and "positive" are actually reversed. Its a misnomer that we can thank Benjamin Franklin for. Back in his time, electrons (with a "negative" charge) and atoms were not understood correctly. So we're stuck in the 18th century terminology, and that is why they are called "negative ions."

How do the Negative Ions affect the cells?

The human body consists of billions of cells, and each is enclosed by a cell membrane. This cell membrane performs many important roles, and some of these are absorbing nutrients, vitamins, hydration, and minerals. The cell membrane is also responsible for eliminating acidic waste material and toxins. When the amount of ions in the blood is increased, the function of the cell is activated. When there are more positive ions, the cell membranes close and the cell's ability to absorb nutrition and eliminate toxins is disabled. Through research done by Dr. Tim Tanaka in Japan, it was discovered that when ionization is introduced, the ions in calcium and natrium (salt) in the blood increases, and the blood is purified. The blood then becomes more alkaline. Why is that important? Well for one, cancer cannot live in an alkaline environment.

Our Halogenerator pumps concentrated pharmaceutical grade salt in to the air. As you sit comfortably in our salt cabin, simply breathing gives you the therapy, bringing the salt air into your lungs, cleansing and purifying your entire system.

Have you ever noticed when you spend time at the beach that you feel more relaxed after awhile? Or that you breathe more deeply? Or that the air seems cleaner? This is not just because you are on vacation; it is because of the salt in the air. Salt in the ocean releases negative ions into the air, which are known to reduce pollutants and to promote a calmer, happier disposition in the people who breathe it.

A salt cabin works much the same way, only more intensely. The Cabin creates the same dry saline aerosol environment as a regular salt cave.In fact, sitting for an hour in a room with halotherapy and pink Himalayan salt can be equivalent to 2-3 days at the beach.
​

The use of salt for therapeutic treatment of asthma and other respiratory ailments, is nothing new. Halotherapy (Halo=Salt in Greek), and Speleo-therapy (Speleos=Cave), are well known in Europe. Both treatments fall under the category of physical therapy, or drug-free treatment of disease. Salt inhalation was recommended by Hippocrates, the father of modern medicine, who applied the age-old method of inhaling the steam from boiling saltwater.

The benefits of salt air inhalation, were first documented over 200 years ago when it was realized that salt miners in Europe were relatively free of respiratory ailments. Today Salt Caves and Salt Therapy Rooms are widely used in Europe, recommended by Dr. Oz and are now beginning to emerge in the US. We are excited to be the first to bring this ancient therapy to Cape Cod as another innovative wellness tool for your optimal health and well-being.

Are There Any Side Effects?

Yes, side effects may include easy breathing, feelings of peace and happiness, and smoother skin. However, Salt Therapy is not recommended for some conditions. Please consult your physician before making an appointment if you have any of the following health conditions: